Speak Up Supper Club puts mental health on the menu

A talented York chef has launched a pop-up dinner night to bring fresh, delicious and exciting food to diners in York – all in the name of charity.

On Thursday 16th May, Ahmed Abdalla’s ‘Speak Up Supper Club’ will take place at FortyFive Vinyl Café on Micklegate. The event will see a showcase of spectacular seasonal food in the form of a delicious 5-course tasting menu, alongside live music & guest speakers. And charity is at the heart of Ahmed’s new venture, as all proceeds from the evening will be donated to Clifton-based mental health charity York Mind.

Discovering his talent for cooking in London, but now proud to call York his home, Ahmed Abdalla’s event is a welcome addition to the already thriving food scene in York. Ahmed has honed his culinary skills within the city walls and is now keen to use his personal passion for cooking to raise awareness and funds for people experiencing mental health issues.

Speaking of his support for the charity, Ahmed said: “The reason I chose York Mind is because I feel like the work they do goes unnoticed sometimes. My generation especially usually don’t feel like anyone is out there, willing to listen and be there for them, and York Mind definitely are.

“I’ve met loads of people who’ve been in contact with the charity some way or another, but there are some people who’ve lived in the area all their life and still don’t know about the great work York Mind do. Fundraising is just in my nature, and I feel I have a voice in the community that people will notice and listen to. So what I’d like to do is raise enough awareness for the charity so people will notice them and will feel ok to pick up the phone and speak up.”

Holly Bilton, Fundraising Manager at York Mind said: “We are over the moon that Ahmed has chosen to support York Mind with his Speak Up Supper Club event. It’s so important that people across York are made aware of the support available to them, so that they feel comfortable to speak up when mental health problems arise. Events like this can be just the start of getting someone the help that may be life-saving.
“York Mind are constantly working hard to help people in the local community who are struggling, however several of our waiting lists are currently closed to referrals due to a lack of funding. We can only re-open our waiting lists with donations from people like Ahmed, who is contributing the proceeds from what promises to be an amazing evening of food, music and community.”

Speak Up Supper Club happens at 7.30pm at FortyFive Café on Micklegate on Thursday 16th May.

Tickets for the event are priced at £30.00 each and now on sale via Eventbrite (search ‘Speak Up Supper Club’). Table pre-booking is essential. 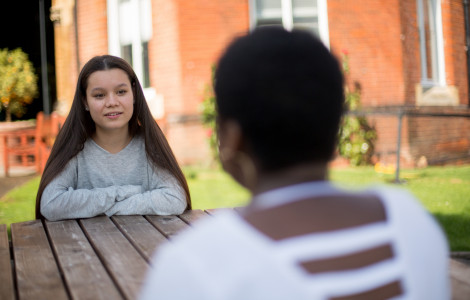 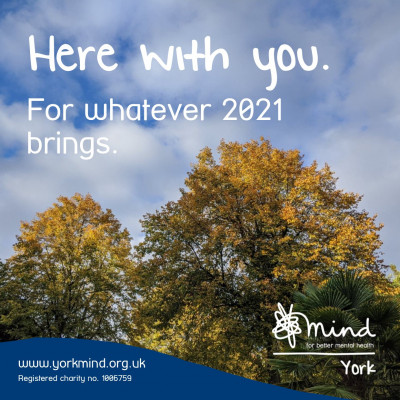 Here with you. For whatever 2021 brings.